Enclosures mainly help with stabilizing the inner environment and raising ambient temperatures, which is vital for printing materials such as ASA, PC-CF, PP, and others that have a tendency to warp. We also prepared a handful of add-ons that cater to any of your specific needs.

Original Prusa Enclosure is an accessory for your 3D printer that houses your Original Prusa i3 MK3S+ and provides a stable printing environment. The Enclosure helps to reduce odors from certain materials, lowers noise, can be equipped with useful addons for increased safety and/or the possibility to run the printer in public spaces and helps with printing advanced materials due to the passive heat coming from the heatbed (prevents warping). There is enough headroom above the printer inside the enclosure to mount the MMU2S unit.

The frame along with the top and bottom panels are made from metal, the side panels are made from PETG plastic. The solid robust design allows several enclosures to be stacked on top of each other and secured using screws. The frame features mounting elements for the installation of various add-ons and tidy cable management. 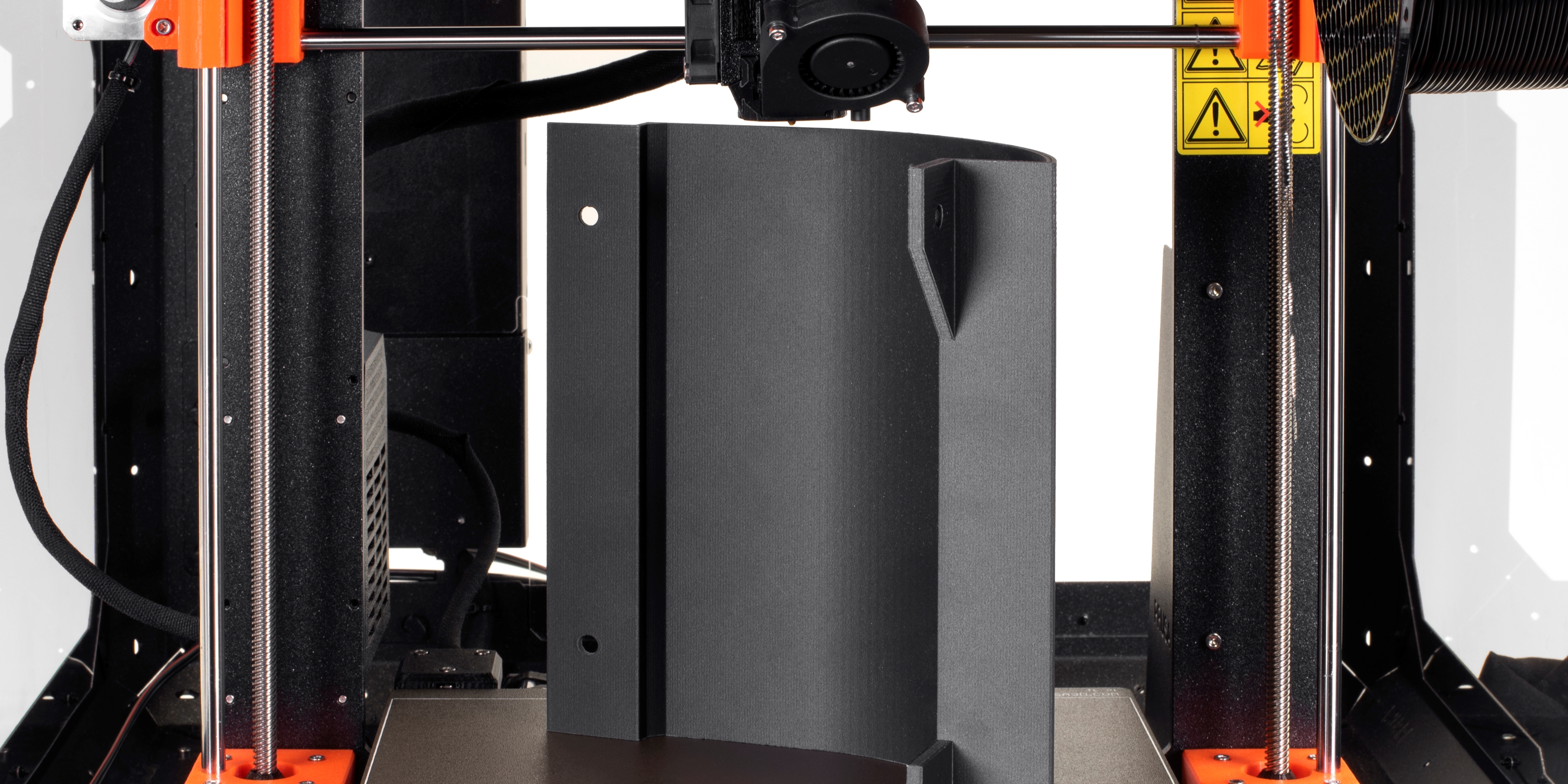 The enclosure creates a stable printing environment with increased temperatures, shields the printer from drafts and blasts of cold air and reduces the build-up of dust on moving parts. This is perfect for printing demanding high-temperature materials which are otherwise prone to warping - such as PC CF, Nylon, PP and more. 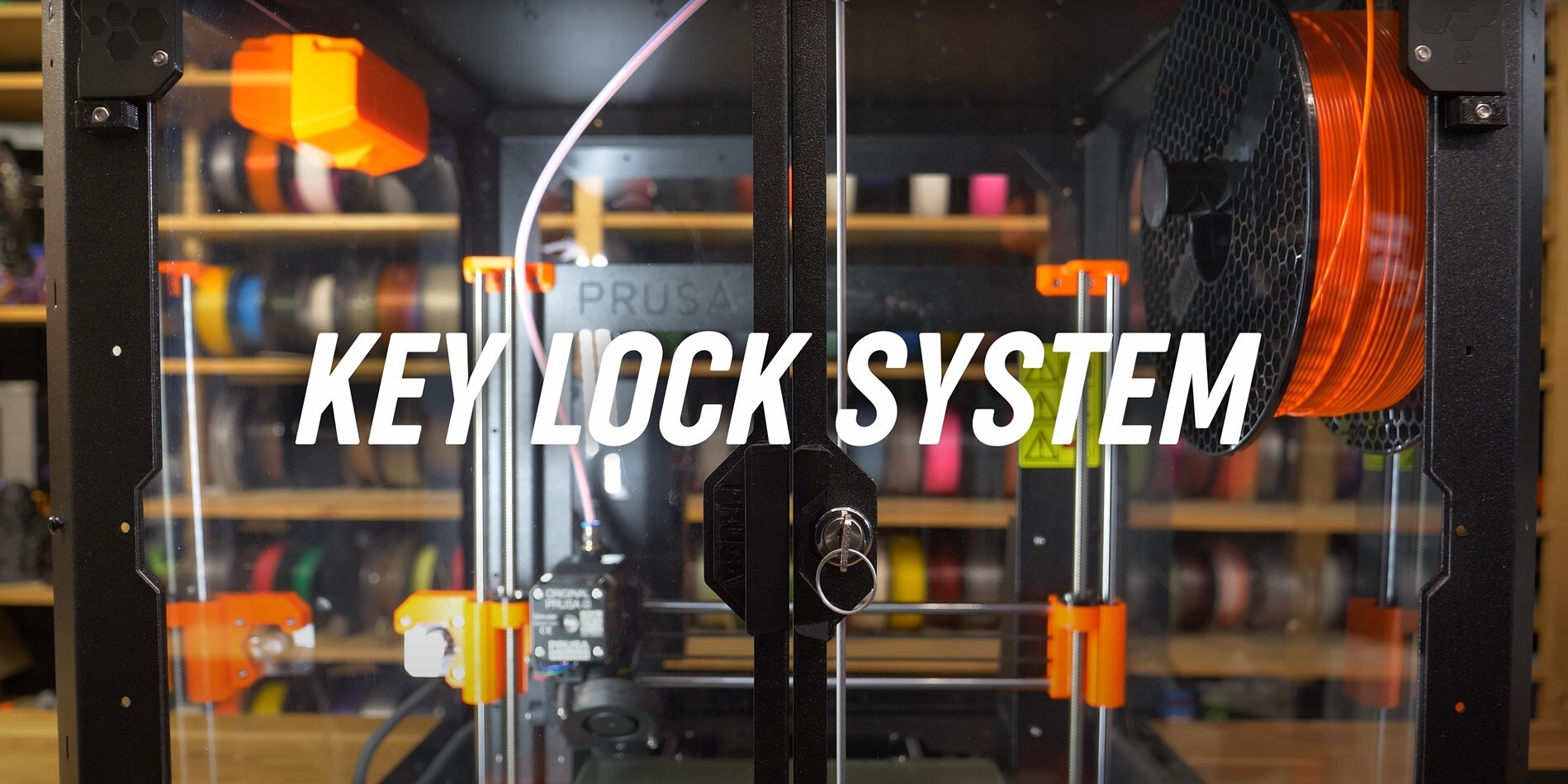 The enclosure can be further upgraded and expanded with official add-ons (both paid and free) and it is also ready for your DIY projects. You can design your own brackets, holders and other accessories to tailor the enclosure exactly for your needs. A dedicated section will be available at Printables.com after release.


LEARN MORE IN THE ANNOUNCEMENT ARTICLE 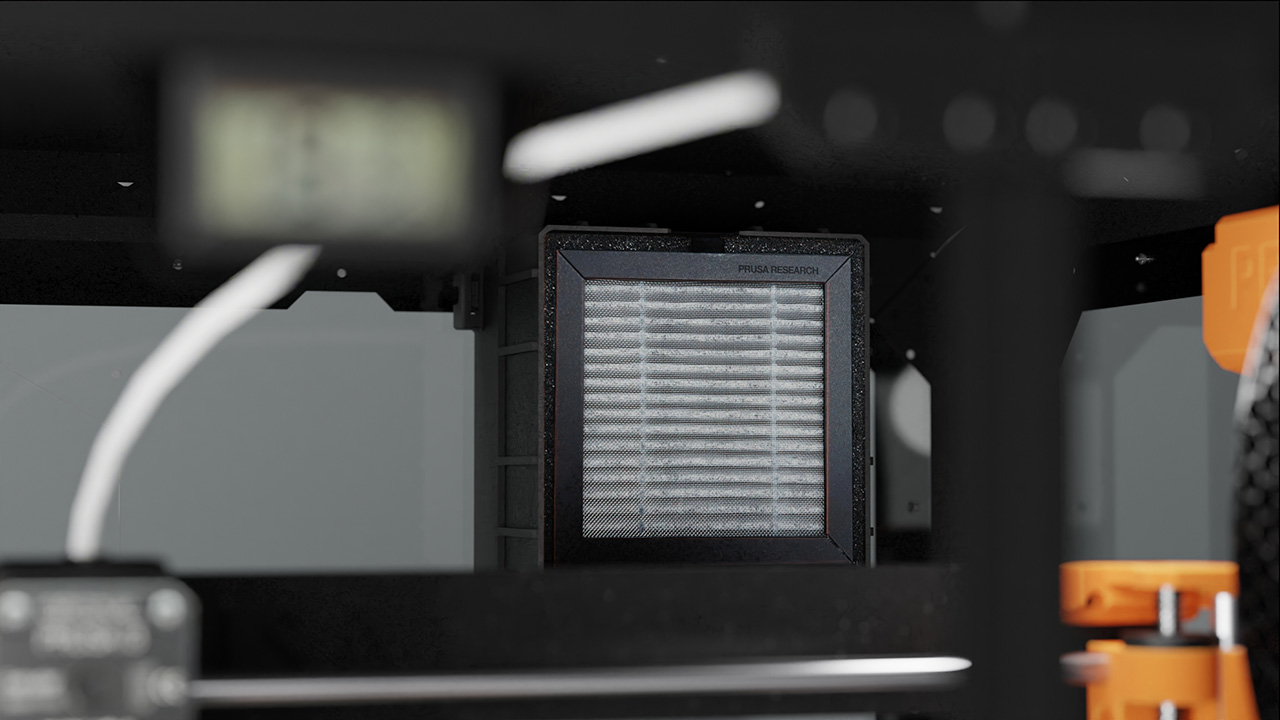 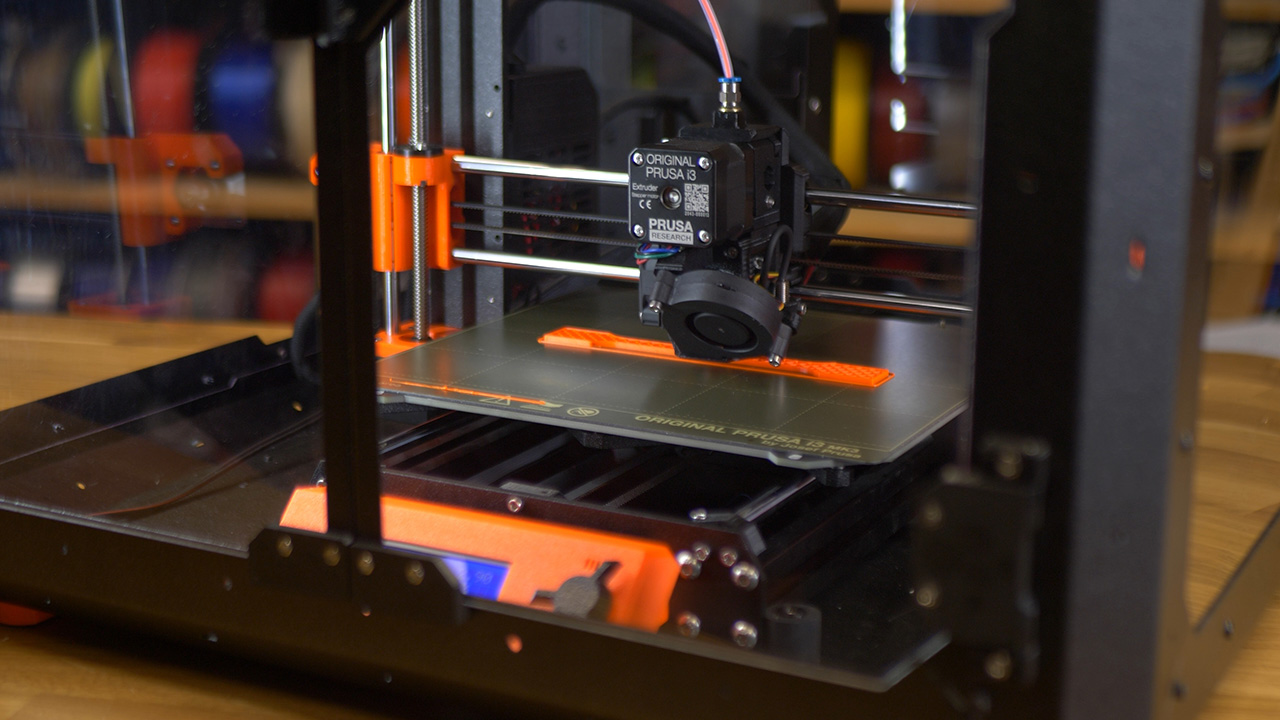 You can install an optional white LED strip into the enclosure to light up your 3D printer. The strip is powered by a separate PSU which will be added to your order automatically. The LED strip is programmable, however, this functionality will become available only after the release of the Smart Box add-on.

A standard mechanical lock that fits in the door of the enclosure, so you can keep your 3D printer safely locked. A perfect option for schools, universities, hackerspaces and other institutions and businesses. This lock uses a standard key. However, we're also working on an electrical lock paired with an RFID reader.

A self-contained tube-style fire suppression system. The system is manufactured in Europe and uses an extremely effective, clean, and safe extinguishing medium. The system operates automatically and independently of any power supply by detecting higher temperatures. Please note, that due to the shipping restrictions and costs, delivery from Prusa is available only to addresses within the EU. For the US customers it's recommended to order from our partner Printed Solid. Other countries please find your dealer here.

The enclosure is designed to allow easy removal of the printer together with the PSU. However, if you plan to remove the printer more often, you can purchase this cable quick-release connector and remove only the printer. Please note that only black PSUs from Delta are supported. If you have the silver PSU, you have to upgrade it first.

The enclosure is designed to be further extended with additional printed parts, electronics, cameras and more. We are preparing a number of useful 3D printed accessories for the enclosure - there will be a dedicated collection of prints at Printables.com (coming soon).

The following addons will be released later this year. We will share more details once they are closer to release.

Optional electronics that serve as an interface between the MK3S+ and various add-ons, mainly the advanced filtration system. The Smart Box will allow communication with various additional equipment, such as advanced thermal sensors, RGB LEDs, humidity meters, a microparticle sensor and also an electronic lock. All the devices can work together, so, for example, when the printer finishes a job, the RGB LEDs will signal the print is done. However, the door will remain locked and the advanced filtration system will increase the power to maximum RPM to clean the air in the chamber quickly. Once the sensors detect the conditions are optimal, the electronic lock is automatically released.

As always with Prusa products, the design and build quality of this accessory is excellent. Following the detailed instructions, it is a pleasure to put together while enjoying the design and attention to detail. Since there is so poor quality stuff out these days, it is very refreshing to see such a well designed product. A perfect complement to my MK3S printer and worth every cent.

The quality of the enclosure it top notch, love the design and the assembly process was smooth... for the most part.Sept 3rd 2022 - Maybe they will address this but, at least for early units, there are two problems that they do not highlight correctly not include pieces for if you have an early MK3S+ like I do.You will need to print two separate pieces or you will not be able to assembly it properly.One for the spool holder (only need to print the right one):https://www.printables.com/model/253406-enclosure-spool-holder-complete/filesAnd one if you have the Silver original PSU print this magnetic holder for the top instead of the one included:https://media.printables.com/media/prints/251931/stls/2324039_fe488797-603b-461d-9fda-c350e12035ad/silver-psu-retainer.stlAnd I would absolutely advice to print the transport handles beforehand they call it "optional" but I don't know why moving a heavy box with cutting steel is an optional feature tbh:https://www.printables.com/model/252904-transport-handleThe instructions for the silver PSU are still missing as of today, but you can find additional information here:https://forum.prusa3d.com/forum/assembly-and-troubleshooting/silver-power-supplies/#post-617381&_ga=2.172297955.1708441828.1662133804-1327348898.1662133804

The powder coated metal sides and panels are really nice quality, and there are a lot of screw holes ready for extending and adapting. Assembly was straightforward but you do need to pay attention to the orientation of parts! While most parts have symmetrical fittings, almost everything has a Prusa logo on it meaning you can end up with upside down logos unless you're paying attention.It's a real unit, bigger than most enclosures. The MK3S fits in with lots of room to spare, if anything it is a little lost inside. Without the handles it's awkward to manoeuvre. It's a little disappointing that the PSU and control unit are mounted outside of the box as it makes it more difficult to fit somewhere.I think the price is higher than it needs to be, but compared to a Lack enclosure it looks far better.