Hello, we are Prusa Research!

And we make more than just amazing 3D printers!

Prusa Research was founded as a one-man startup in 2012 by Josef Prusa, a Czech hobbyist, maker and inventor - and now one of the most famous names in the 3D printing industry.

Josef found his passion for 3D printers as a student of University of Economics in Prague. That was in 2009. Back then, he considered 3D printing to be nothing but a hobby, an amazing new technology open to changes and improvements. Josef then joined the open-source RepRap project and the rest is history.

It's pretty cool history, actually! Scroll down and see how Prusa Research was born and how we reached the top of the global charts! 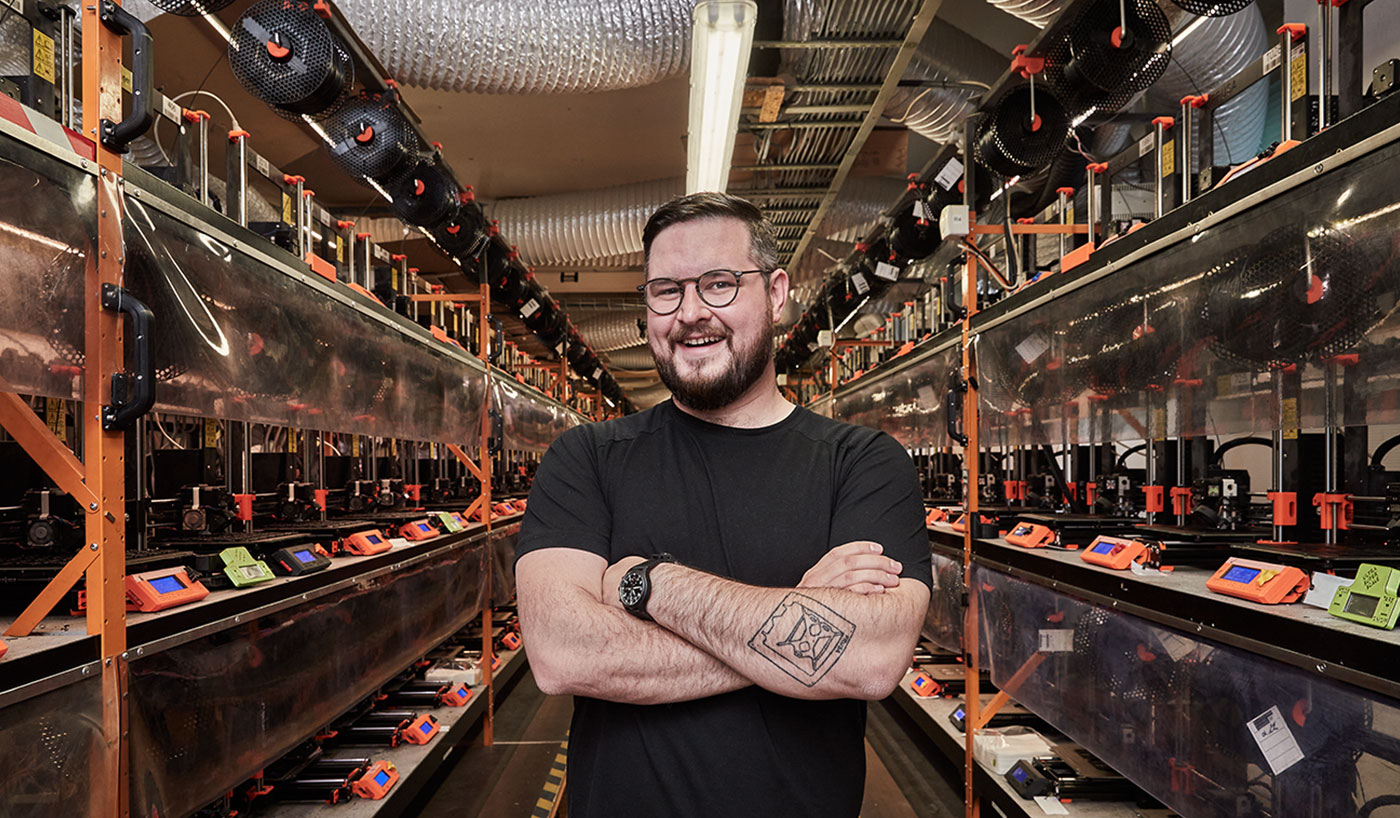 We started really small. There were no investors, no Kickstarter campaigns. Just a man with a plan (and a huge stack of pizza boxes, which were used to ship 3D printer parts from a small basement workshop to the whole world). The beginnings were modest, but pretty exciting!

As time went by, the Prusa i3 design became one of the most popular FDM 3D printer designs adopted by many manufacturers and hobbyists across the world thanks to its open-source nature.

And now? Now, there are more than 700+ people working in Prusa Research and we ship over 9000 printers worldwide directly from our HQ in Prague every month! We have become the no.1 fastest growing tech company in Central Europe (Deloitte 2018) with a growth rate of 17118 % over the last four years and claimed the no.1 spot in Deloitte's 2019 BIG 5 category with the growth rate of 4527 %!

But despite all these numbers, visiting Prusa Research is like visiting a craftsman's workshop - a workshop sprawling across eight floors of a huge old Prague factory! We develop our own hardware and software, invent, improve, tinker, experiment and do all sorts of awesome stuff.

And we are staying faithful to our roots. Our award-winning Original Prusa i3 3D printers are still open-source and plenty of their parts are printed by other 3D printers - that’s why we also have “The Farm”, a large hall with more than 600 printers that create parts for other printers!

Watch the documentary describing Josef's journey - from a small basement workshop to founding a globally recognized brand and a massive factory that ships thousands of 3D printers to the entire world every month.

Open-source technology and why it matters

We wouldn’t exist without open-source. Prusa i3 3D printers were born from the idea of an open-source machine and we are still faithful to this ideology. Everything we do, everything we sell, is open-source. What does this mean? All source codes, printed parts, blueprints, circuit board designs… everything is freely available to anyone via GitHub. Because we strongly believe in the community and in sharing knowledge. 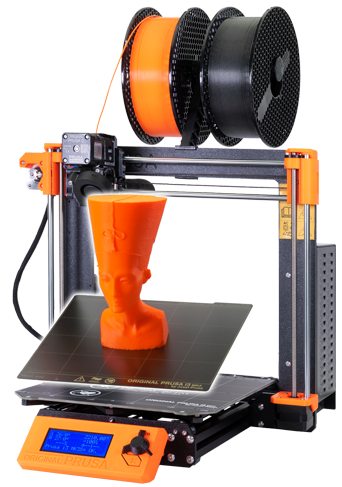 We have further upgraded the MK3S with a brand new SuperPINDA sensor for improved first layer calibration, added high-quality Misumi bearings and various useful design tweaks to make the printer easier to assemble and maintain. The MK3S+ includes all the proven features of the previous models, including the MK52 heatbed with removable PEI spring steel print sheets, numerous sensors, power loss recovery (power panic) and safety features. And it is still as silent as ever!

The functionality of the MK3S can be further expanded with our unique Multi-Material Upgrade 2S addon for printing with up to 5 materials simultaneously.

The MK3S+ is available both assembled and as an assembly kit.

Buy the MK3S+ in our e-shop

SMART AND COMPACT 3D PRINTER FOR EVERYONE

The Original Prusa MINI+ is our new compact 3D printer with all the bells and whistles you would expect from the creators of the award-winning Original Prusa i3 MK2 and MK3S+!

The MINI+ is a big printer in a compact body. We did our best to squeeze as many features into the lowest possible price as possible.

The MINI+ is great for beginners, companies looking to build a printing farm and 3D printing enthusiasts worldwide.

Buy the MINI+ in our e-shop 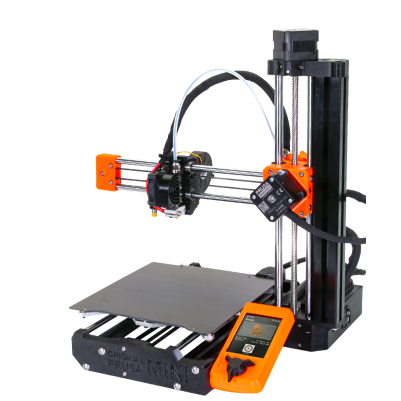 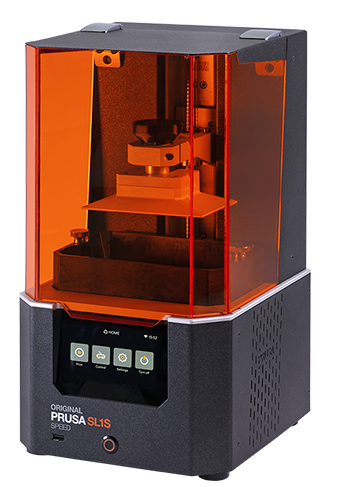 The Original Prusa SL1 was our first foray into the world of SLA printers. We wanted to build a solid, sturdy and robust 3D printer that would produce consistent, high-quality 3D prints. Based on the general feedback and reviews, we did many things right. The SL1 found its way not just into hobbyists’ workshops but into various industries as well.

The vastly improved version of the SL1 is finally here! Called SL1S SPEED, it features a brand new high-resolution monochrome LCD and high-performance optics, a larger print platform, and all cumulative updates from the entire lifespan of the SL1. The new SL1S SPEED is a lightning-fast machine that requires just 1.6 seconds per single to produce amazingly detailed 3D prints.

Buy the SL1S in our e-shop

Each spool of our filament has perfect winding and is meticulously tested. The complete manufacturing reports are available online, enabling customers to see detailed properties of every spool they have purchased. Prusa Research is the only company providing its customers with this unique option.

The range of materials under the Prusament brand was expanded with high-quality in-house-made resins in 2021. 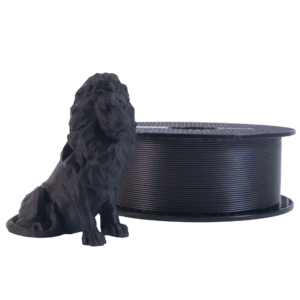 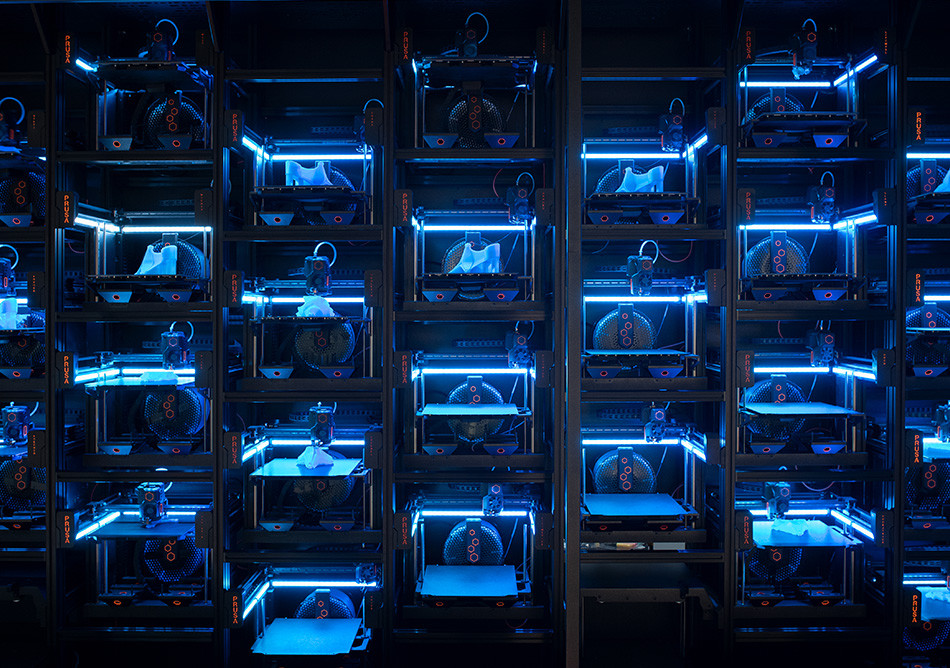 Introduced as a fully-functional prototype at EXPO 2020 in Dubai, the Prusa Pro AFS is the next-generation solution for rapid prototyping and small-batch production. Featuring 34 new Original Prusa CoreXY 3D printers, automatic collecting mechanisms, and a simple-to-use touchscreen interface, the AFS is the perfect solution for both large and small businesses.

Opened in June 2018, PrusaLab is a maker's dream come true. A fully equipped makerspace/hackerspace (creative open space) stretches over an area of 350 m² and it is available to everyone for a low monthly membership fee.

We use 2 kg spools to decrease the frequency of filament spool changes. Each printer can print a whole set of plastic parts for MK3S+ in 27 hours. Furthermore, the farm consumes about 6 tons of filament every month.

When you take a look at our huge 3D printing farm you might ask yourself, “Wouldn’t it be better to just use injection molding?” Well, in some cases, it might. Even though a single mold can cost tens of thousands of dollars, it could be more effective. However, using 3D printing gives us one huge advantage – thanks to 24/7 heavy load we can keep innovating and upgrading our printers as we have to resolve every found issue. And in that case, injection molding is no longer a better solution. A 3D printer can also create much more complex parts than injection molding. And our workflow is also way simpler. As soon as we come up with a part improvement, we just test it, upload new gcode to the print farm and within hours we start shipping improved printers to our customers. Basically, we are leveraging one of the biggest advantages of 3D printing to the maximum.